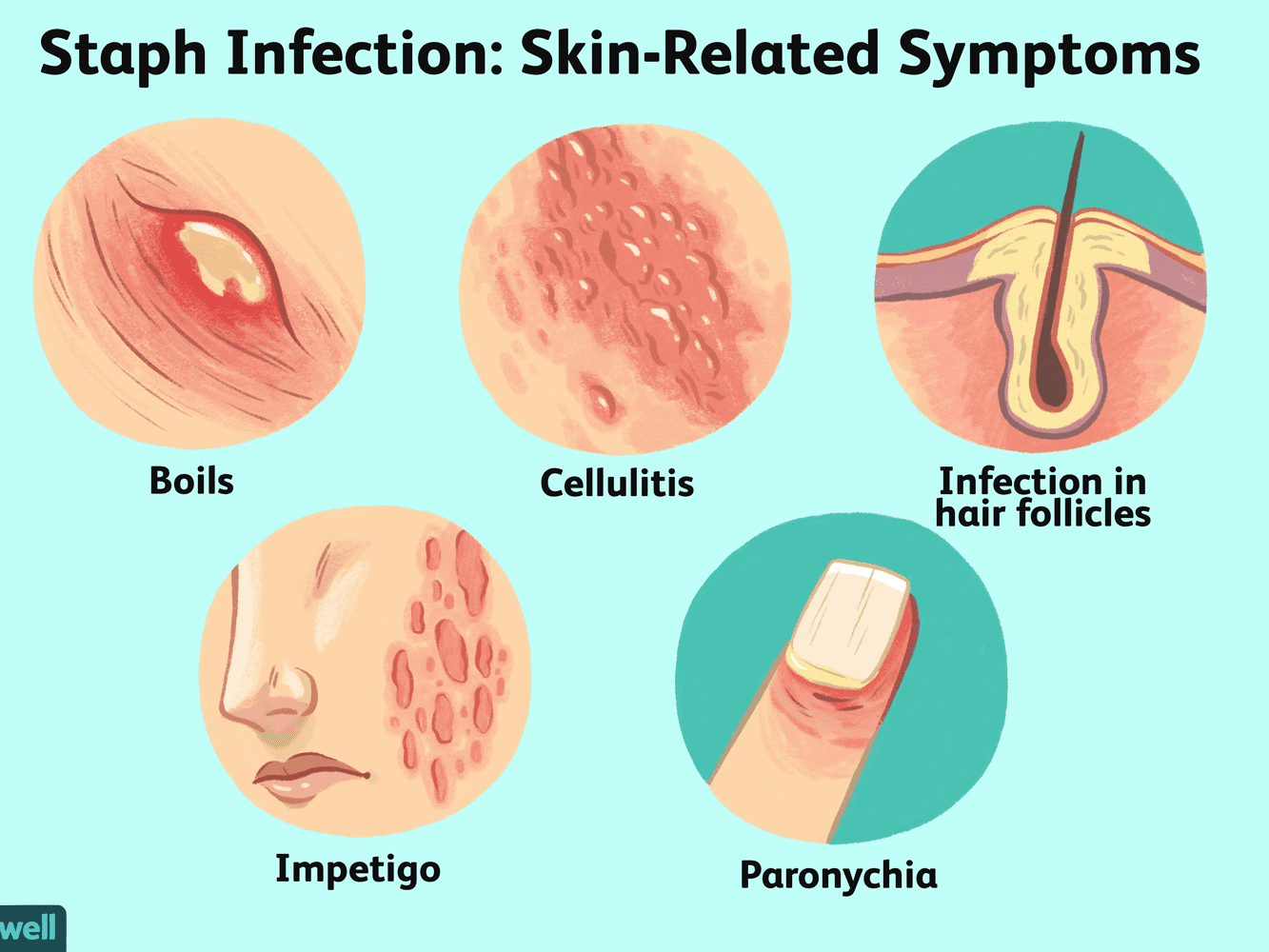 Staph infections are caused by staphylococcus bacteria, types of germs commonly found on the skin or in the nose of even healthy individuals. Most of the time, these bacteria cause no problems or result in relatively minor skin infections.

This infection is deadly when the bacteria invade deeper into your body, entering your bloodstream, joints, bones, lungs, or heart. A growing number of otherwise healthy people are developing life-threatening staph infections. Nowadays steam infection is not responding to antibiotics.

Staph infections can range from minor skin problems to endocarditis, a life-threatening infection of the inner lining of your heart (endocardium). Because of this, signs and symptoms of staph infections vary widely, depending on the location and severity of the infection.

Staph bacteria are one of the most common causes of food poisoning. Symptoms come on quickly, usually within hours of eating contaminated food. Symptoms usually disappear quickly, too, often lasting just half a day.

Signs and symptoms of staff infection include;

Also known as bloodstream infection, bacteremia occurs when staph bacteria enter a person’s bloodstream. Fever and low blood pressure are signs of bacteremia. The bacteria can travel to locations deep within your body, to produce infections affecting:

This life-threatening condition results from toxins produced by some strains of staph bacteria and has been linked to certain types of tampons, skin wounds and surgery. It usually develops suddenly with:

Septic arthritis is often caused by a staph infection. The bacteria often target the knees, shoulders, hips, and fingers or toes. Signs and symptoms may include:

When you experience the following signs seek medical advice;

Many people carry staph bacteria and never develop staph infections. However, if you develop a staph infection, there’s a good chance that it’s from bacteria you’ve been carrying around for some time.

These bacteria can also be transmitted from person to person. Because staph bacteria are so hardy, they can live on objects such as pillowcases or towels long enough to transfer to the next person who touches them.

Staph bacteria are able to survive:

A variety of factors including the status of your immune system to the types of sports you play — can increase your risk of developing staph infections.

Certain disorders or the medications used to treat them can make you more susceptible to staph infections. People who may be more likely to get a staph infection include those with:

Despite vigorous attempts to eradicate them, staph bacteria remain present in hospitals, where they attack the most vulnerable, including people with:

Staph bacteria can travel along with the medical tubing that connects the outside world with your internal organs. Examples include:

Food handlers who don’t properly wash their hands can transfer staph from their skin to the food they’re preparing. Foods that are contaminated with staph look and taste normal.

If staph bacteria invade your bloodstream, you may develop a type of infection that affects your entire body. Called sepsis, this infection can lead to septic shock a life-threatening episode with extremely low blood pressure.

Some prevention measures of staff infection include;

Hives and Your Skin